Right now, if you are on the Cape, you are within just a few miles of a world-class craft brewery. In the past few years, there has been an explosion in craft brewery on Cape Cod with many establishments opening up to serve the discerning drinkers living in or visiting the region. People on the Cape have fully embraced the craft brewery culture and the scene is only going to get better. 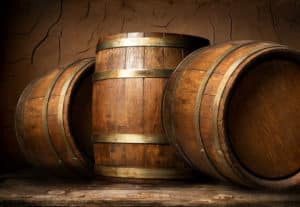 With craft breweries offering lively communal spaces where families, friends, and strangers can come together to have fun, you should definitely consider exploring what the Cape Cod scene has to offer. You will definitely find distinct interesting styles that are far more fascinating to your taste buds than what you have sampled out of the Cape. In no particular order, here are some craft breweries on Cape Cod that everyone should visit…

Cape Cod Beer is arguably one of the best and most popular breweries on the Cape. The brewery was founded in 2004 and has grown steadily to become a notable Cape Cod success story. It is located at 1336 Phinney’s Lane in Hyannis. With an annual capacity of about 12,000 barrels, they brew about 8 to 10 times a week during the high season and about 5 times a week during the offseason.

You can visit Cape Cod Beer on any day of the week except for Sunday when they are closed. They are open from 10 am to 6 pm from Monday to Friday and from 11 am to 4 pm on Saturday. You can attend a standing tour at 11 am from Monday to Saturday. You won’t need any reservation to attend a tour – just show up. Beer tastings are offered during retail hours at $6 and you get to sample 5 different beers. They also sell snacks and chips throughout the year. On some evenings, you will be lucky and land some pizza. Even better, they allow patrons to order food from outside.

If you are hosting a party or event, Cape Cod Beer has you covered with kegs, growlers, and cans. 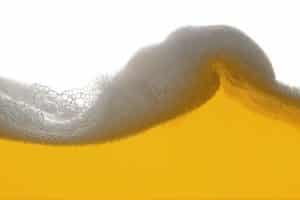 Devil’s Purse is located at 120 Great Western Road, South Dennis, MA. They offer standing room only and are open throughout the week. Their opening hours are as follows:  Monday to Friday – 12 to 6 pm; Saturday – 12 to 7 pm; and Sunday – 12 to 4 pm.

The brewery keeps their website updated with the beer brands that are available on tap. They also sell 4-packs, bottles, and kegs. They have over 10 beer brands with the Handline Kölsch, Pollock Rip IPA, and the Surfman Check ESB being their core beers. The Handline Kölsch is their interpretation of a German-style Kölsch with zest and cut grass aromas. The Pollock Rip IPA which is their flagship IPA features Chinook and Apollo hops with a dry finish. It has an interesting balance of sweetness and bitterness and has a pithy citrus fruit aroma. The Surfman Check ESB is an authentic English-inspired malt that features Northdown and East Kent Goldings hops.

Devil’s Purse does not offer tours of their brewery. It is a relatively small operation and you can experience most of the brewery from the taproom. They also do not serve food. However, you are free to carry your own food and snacks. You can also bring your own non-alcoholic beverages.

Naukabout Beer Company is located at 13 Lake Ave., Mashpee, MA. The lakeside brewery focuses on brewing hop-forward beers in a serene environment that any Cape native or visitor would love to spend time in. On their facility is a 5000 sq feet outdoor garden where patrons can enjoy a beer or grab a bite when a local food truck turns up.

The brewery has been around for years but it was only opened to the public on March 29, 2018. It has built quite the fan base in the relatively short time period it has been selling beers to the public. The taproom is open throughout the week. The opening hours are as follows: Monday to Friday – 2 to 9 pm; Saturday – 11 to 9 pm; and Sunday – 11 to 7 pm. When you shop up, you are guaranteed interesting options for Mashpee-brewed hop-forward beers.

Barnstable Brewing opened its doors in 2017 yet it has already made a big mark on the Cape Cod brewing scene. The business is operated by the Connor family and has been in the works since 2014 when they got a heads up from the zoning board to open such a facility.

Their pillar offerings include a session IPA, a Russian imperial stout, and a decent selection of drafts. They have an opening schedule that is constantly changing but you can always find them open from 4 pm to 6 pm from Thursday to Sunday. They may remain open after 6 pm on some days, especially on Fridays and Saturdays. They post their weekly tasting schedule on their website.

Hog Island Beer Company is located at 28 West Road, Orleans, MA.  It is run by a group that has a lot of experience in the beer industry. Their brands Outermost IPA, White Shark Wheat, Daily Sail Session IPA, and Summer Ale have been a great success and are sold in local Cape Cod liquor stores.

Hog Island is open at 11.30 am daily. You can stop by for beer or food. They offer 5-ounce tasting samples. Their grounds are family-friendly and there are picnic tables outside where you can hang out with friends and family.

Cisco Brewers is located at 5 Bartlett Farm Road, Nantucket, MA. They have a relatively bigger operation and they offer a lot more than beer. Aside from Cisco Brewers that offers great options in beers, the company also runs the Triple Eight Distillery that produces vodkas, spirits, and various liqueurs.

The brewery offers a free van shuttle service from the Visitor’s Center on Federal Street to their location for free every afternoon during the in-season months (May 15 to Columbus Day). You can also drive yourself or ride a bike to their grounds. Tasting flights are available daily at both the Triple Eight Distillers and at the brewery. They allow group public tours of their facility during the offseason from November 1st to April 25th.